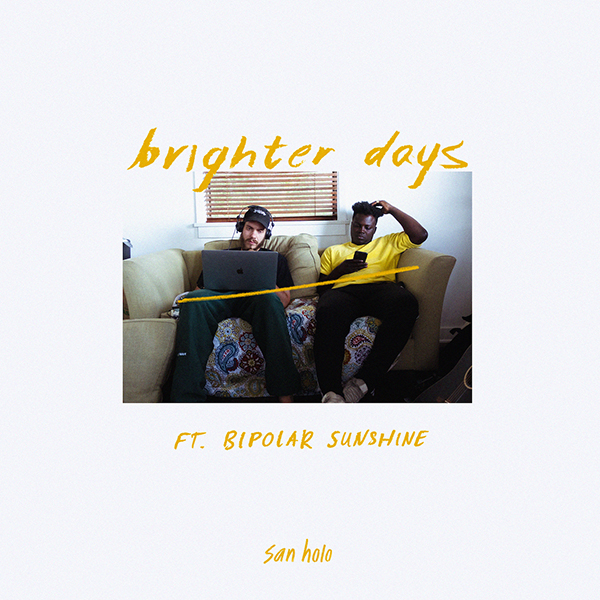 Recording artist, DJ, guitar player and singer, San Holo today announced the release of his next track: ‘brighter days’ ft. Bipolar Sunshine. ‘brighter days’ is an ode to the realization that “even though things sometimes don’t work out between people, life goes on and brighter days will come. While at the same time, we sometimes still wonder if that other person thinks about the past experiences you shared.” In addition to this, San will be performing on the main stage of Electric Zoo NYC tonight, where he will be performing the new single. ‘brighter days’ is the third single off album1.

San Holo describes working with Bipolar Sunshine on ‘brighter days’: “The first time I met Bipolar Sunshine we had a studio set up in the kitchen of an Airbnb. He came to our place and we started writing on the couch and outside, wherever, got some coffee…it felt very natural writing songs with him, we were very much on the same wavelength regarding lyrics. I’ve always loved the song he did for DJ Snake, “Middle.” I really love his songwriting and his voice, I love the fact that his voice is not so perfect and it’s got some rough edges. You can authentically hear that in the recording as well, the verses are not perfect, it’s not perfectly polished, but it sounds very unique and very much like him.”

album1 sees San stepping outside of his typical perimeters, further challenging himself by innovating his sound and most importantly, exploring his ability to stretch the boundaries of the EDM/future bass genres of music. Sonically, the album showcases a more mature San Holo, who has taken all his experience within the electronic music scene and now transformed it into a refreshingly new direction to further the EDM and future bass genres. San was completely hands on during the creation process of album1; from producing, mixing/mastering the album himself, to writing/writing all the lyrics on the album with the artists in the room. There’s not a single song on this album where the creation process took place over email. Instead, San spent a couple months holed up in an Airbnb in Echo Park, with close friends and feature artists coming in and out during that time

„“lift me from the ground” plays dexterously with hard and soft. One moment, it’s intimate with Sofie Winterson’s whispery vocals, then it’s in your face with color.“ – Billboard

WhoMadeWho – Goodbye To All I Know 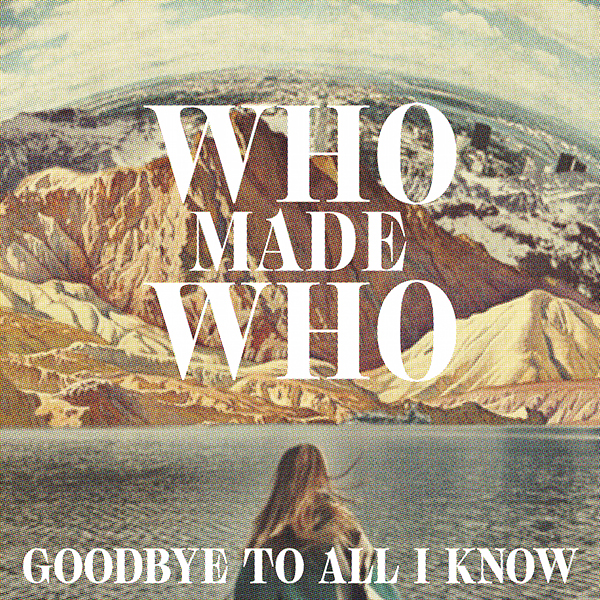 ‘Goodbye To All I Know’

WhoMadeWho are that rare thing, a band with their own sound. And their latest longplayer ‘Through the Walls’ adds yet more fuel to the restless, fluctuating bonfire. It sounds as if they won’t cool off or settle down anytime soon and their new single ‘Goodbye To All I Know’ demonstrates that in remarkable fashion. Recorded as one of the last songs for the album in September 2017 and the track is actually based on a demo for the solo project of singer Tomas Høffding but “ended up being a perfect choice for the song”. ‘Goodbye To All I Know’ was produced in an analogue way with a lot of different synths and real time knob turning. “And then we added more analogness when we teamed up with Simon Littauer who fired up he’s big ass modular setup for some great ambient additions” adds Høffding.