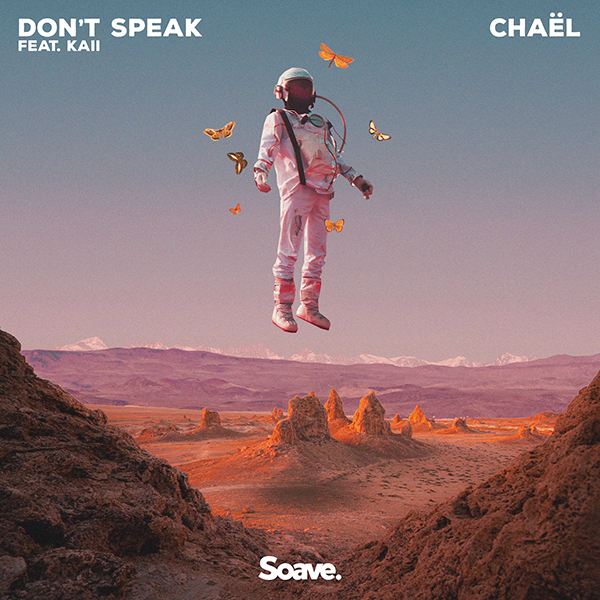 Chaël and kaii present Don’t Speak as you’ve never heard it before
Most of you will remember the original
‘90s rock hit ‘Don’t Speak’, but you’re
not ready for the twist that Chaël gave
it! The German-Swiss DJ-producer with
Korean roots “instantly felt inspired to
create a cover remix” when he heard
the song. Teaming up with
singer-songwriter kaii from Germany,
“the goal was to make a modern and
more upbeat version of the slower
original whilst keeping its melody hook
as the main element”, Chaël describes.
“Kaii did a fantastic job rounding off the record with her vocals which were recorded in a session in Berlin!”. We can already reveal that this won’t be Chaël’s only release on Soave, but it definitely sets the tone for high quality chill house!

About the artist: Chaël
Chaël is a 20-year-old German and Swiss DJ and producer. Born in Switzerland, raised in Germany and with roots going back to South Korea he has a quite multicultural background. Coming from a classical background of music it wasn’t until the summer of 2016 the production of electronic music sparked his interest. Making a name for himself in the field of background music reaching overall more than 1 million plays with his productions on YouTube and Soundcloud. Often being described as „clean“, Chaël’s productions are a blend between Deep House, Pop, acoustic elements, and uplifting melodies. With a lot of new music in the making, Chaël is an artist to keep an eye on!