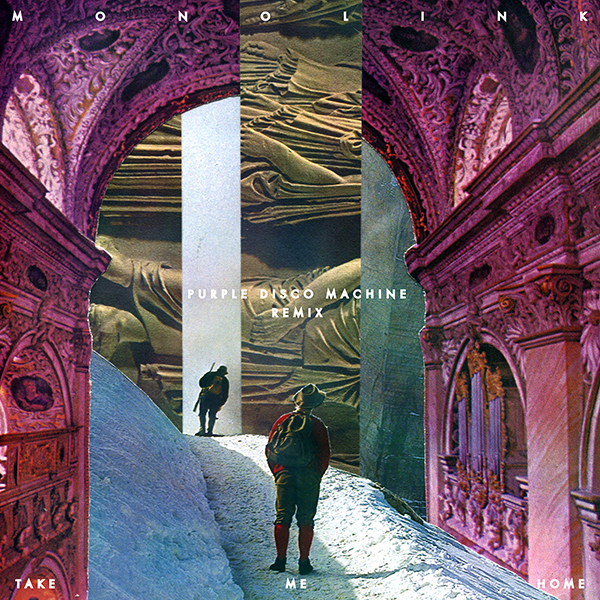 Singer-songwriter and Electronic music producer. To many that might sound like two very different aspects of modern sound culture – which in turn makes Monolink a fascinating character, because he’s both rolled into one. His style seamlessly connects the narrative structure of a song with the compelling forward thrust of electronic rhythms. Guitar chords merge into synthetic pad sounds, hypnotic bass vibrations meet emotional vocal parts, passionate physicality meets sublime stimulation for the mind.

Steffen Linck comes from a background that is often described with the wonderfully vague term “guitar music”. North American Folk, Blues… he’s never committed to a single style. And as much as he loves his guitar as a faithful companion on his musical journey – the songs composed for this instrument have a certain flaw. Thanks to melodic structure and the additional use of the human voice they have the power to tell a story – but all too often it’s just a very short pleasure. That’s why the Berlin based producer welds his emotive songs to the beat and groove of electronic music, creating the ultimate examples of melodic dance music.

Evolving out of the Acid Pauli helmed 3000Grad camp, Monolink signed his debut album ‘Amniotic’ to tastemaker German independent label Embassy Of Music Records. Released in autumn 2017 and made up of 11 entrancing tracks, the album has already achieved over 25 million combined streams with the singles ‘Sirens’. Swallow’  ‘Burning Sun’ and ‘Father Ocean’ all receiving strong airplay on German radio.

The final chapter of the ‘Amniotic’ campaign has seen the release of incredibly well received and supported remixes from the titans of the melodic techno and techno scenes such as Patrice Baumel, Tale Of Us, Rodriguez Jr, Ben Bohmer, Artbat, Adam Beyer and Nicole Moudaber. All of these remixes have achieved Beatport Top 10 placings and huge dance radio support with the Artbat remix in particular dominating the summer of 2019 around the world.

Steffen is now busy preparing his second artist album with hopes of the first new music appearing in the spring of 2020.

While Monolink’s recording career is in ascendance the same and more can most definitely be said about his live performances. As a solo performer he continues to play the world’s most prestigious clubs and festivals, sell out his own headline tours in North America and Australia and hold down a residency at the celebrated iconic Ibiza (and beyond) party WooMoon.

Autumn 2018 saw the first Monolink band shows with a sold out tour of Germany that included three nights at Berlin’s Saalchen 900 capacity venue. With 7,000 tickets sold a month before the tour began, impressed promoters have queued up to book the 3 piece Monolink band this summer resulting in headline or co headline slots at Melt, Fusion, Dockville, Montreux Jazz, Audioriver and Mairfield Derby festivals.

With the anticipation of the new album already generating huge excitement Monolink’s tour plans for 2020 are already well underway.