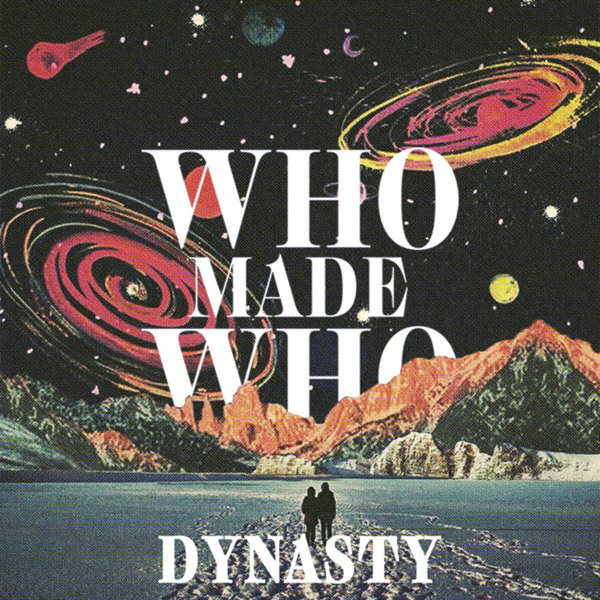 WhoMadeWho are considered to be one of the best live bands around. The sold-out concerts of the three-piece from Copenhagen spell fireworks and good vibes, and bring together a bunch of people with wildly divergent musical tastes – for Tomas Barfod, Jeppe Kjellberg and Tomas Høffding oscillate between Disco, Funk, Techno, Indie-Rock and Pop, and are successful on stage above all because they integrate all these genres in their productions.

Same applies for their latest single “Dynasty.” Here, the band takes on an issue of huge concern to everyone: Sex. Nothing heavy-handed, mind, but an acute observation of our contemporary lifestyles in the digital age, an age that only appears to make our sex lives easier, but is actually a minefield. “Thanks to SoMe, Tinder, and Co. it’s easier than ever now to be intimate with one another. And yet it seems we are all having less sex than ever before,” says the band in reference to the idea behind “Dynasty.” The constant pressure built up by social media is making people fall apart. Here a diet, there the absolute necessity to adapt one’s personal look to the influencers’ style guides, plus the nagging need to make even bigger leaps on the career ladder. And before you know it, there’s no time or energy left for the really important things in life. “Also, teenagers are possibly being pushed into thinking about sex much too early, and in the wrong way. Or we’re all setting ourselves the goal of a perfect life while still hankering after sweaty, dirty sex—and the two are not always compatible.”

Whatever the explanation, WhoMadeWho racked their brains for a way to achieve one thing in particular with “Dynasty: ”Inspire their listeners to have more sex.” And this is why the spot-on lyrics are now set to eroticizing Electropop that will have you circling your hips in no time, and will electrify the clubs with serious sexy ambience at the next WhoMadeWho live concerts. At which point the band will take no further responsibility for whatever goes down…

“Dynasty” is the second single taken from WhoMadeWho’s forthcoming seventh studio album “Through The Walls” which will be released on 19.01.2018.