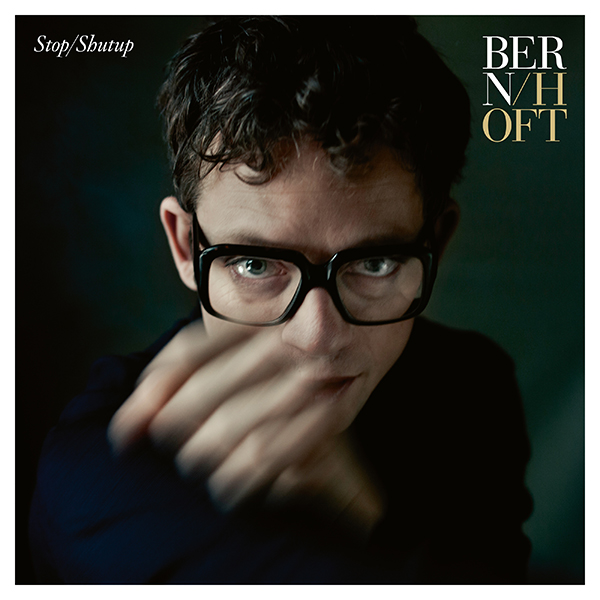 Two years after the Grammy-nominated album „Islander“, Bernhoft releases the EP „Stop / shutup / Shout it out.“ „I wanted to explore the possibilities with a shorter format than an album,“ says the vocal phenomenon and multi-instrumentalist.

„Stop / shutup / Shout it out ‚is produced by Eivind Helgerød and Nicolay Tangen Svennæs, who also contributes on respectively drums and keyboard / bass. „Sometimes they have gone into the songs and made them very different from what I had originally thought, and we have inspired each other,“ says Bernhoft about the creative process the three have gone through. The result is an EP that possesses much of the raw, immediate energy Bernhoft is known for live.

Bernhoft’s previous releases have often had a consistent theme. It was not meant to be with these songs, but several of the lyrics on the new album reveals a socially committed artist and songwriter. „A musician colleague who heard the new songs, said that I had made a political record,“ says Bernhoft with a wry smile. In black American music tradition it is no contradiction between dance groove and social awareness.

On several songs, not least the opening and title track, Bernhoft performs as his own private vocal ensemble. „I love to add backing vocals, I play the different personalities in a choir, each with their own special character,“ explains the singer, who also plays all the guitars on the album. „Both of my parents were singing in choir had choir singing in chorus as their job, and thanks to them I can choose from a rich and eccentric cast of characters.“

”You think it’s alright / To push your goons ahead of you while you pick the fight”, Bernhoft sings in the song „Writing on the Wall,“ and it is not obvious if he caters to a friend or a top politician.

„Falter“ has a lovely soul-inspired melody and a text that meanders between the uplifting theme from „Islander“ (Never ask duped by the voices in your head that say you can’t), and something far darker (What a man could achieve in the safety of fences everywhere he looked to).

The sore fall-out song „Patience Revisited“ is driven by a steady, yet stumbling warped drum beat.
„It’s easier for me to say what music I’m not influenced by,“ says Bernhoft when asked about his musical roots, and the exuberant final track „H / M / S ‚ gives associations in many directions, including the musical eclectic and society critic Frank Zappa. Hedonism and humor in perfect harmony, and it rocks like a storm!

Since the definitive breakthrough with „Solidarity Breaks“ in 2011, Bernhoft has performed at many TV shows around the world including the Nobel concert and Ellen DeGeneres Show. He has done several sold-out tours and received rave concert reviews in Norway and else where. With the EP „Stop / shutup / Shout it out“, he embraces influences he has absorbed of popular music, and combine them with greater playfulness and greater seriousness than before. It suits him well that the album ends with a collage of children’s voices and play instruments.